Tax havens, a secret not so secret...

Tax havens, the secret (not so secret) of big wealth and big business to minimize tax payments, cost governments an estimated $500-600 billion each year. Until the economic crisis of 2008, they were considered tropical destinations. After 2008, governments came under pressure from citizens frustrated with the ability of multinationals to evade taxes and had to find ways to bail them out. Since then, research and surveys have shown that the phenomenon is more widespread and that its impact on the economy is more significant and central than one might have imagined.

What is a tax haven?

Three criteria have been established by the OECD Organization for Economic Co-operation and Development for a state to be considered a tax haven. The tax rate must be inexplicably lower than in other countries, or even non-existent. There must also be a lack of transparency on the calculation of taxes and finally a lack of cooperation from the country regarding the amounts of tax declared and the identity of entities placing money in their country.

The interest for a country to be a tax haven

The Oxfam organization has developed a list of 58 territories that it considers to be a tax haven. This list includes among others Barbados, the Bahamas, Luxembourg, the Cayman Islands, the Virgin Islands, and Ireland. The countries on this list all have one thing in common: they have few primary resources. Thus, they attract the very rich by offering lower tax rates. In addition, to cover the losses associated with the preferential tax, these jurisdictions may apply high customs and import fees and implement a “subscription” fee to be paid annually. This structure allows countries to receive significantly more tax revenue than they otherwise would.

As mentioned above, it is multinationals and wealthy individuals, with the help of their lawyers, who navigate through loopholes in the tax rules to minimize payments. Beyond the tax advantages, people use tax havens to avoid financial regulations, disclosure, and criminal liability. Indeed, these bank accounts are also used extensively to hide illegally obtained money or to conceal income from a significant other. It is estimated that individuals have a total of approximately $36 trillion, and large corporations put an average of 25% to 30% of their profits into “offshore” accounts. Often, a series of accounts are opened in many countries, as it is not necessary to live or operate there to have an account.

This involves falsifying and not declaring all of one’s income by using, for example, a series of trusts and shell companies. This is the tactic used by the former Formula 1 driver, Jacques Villeneuve. The following video allows you to see how the ex-champion used tax havens : https://www.youtube.com/watch?v=sHBK0BKpJD4

The following example allows you to understand the use of this technique. A “subsidiary” of multinational X owns a patent in a low-tax country. It decides to charge its other subsidiaries an inordinate amount for the use of the patent. This maximizes profits in the low-tax jurisdiction. This technique is difficult to uncover.

In addition to the loss of funding for governments, the use of tax havens creates other concerns. To name a few, it increases wealth inequality. In addition to depriving states of funds for public services such as health or education, countries generally raise the taxes of the middle and lower classes to make up for the shortfall in reserves. Also, as this mechanism is mostly practised by large financial institutions and multinationals, it favours the creation of monopolies. Finally, this movement of capital increases financial instability in emerging market economies as wealthy individuals from these countries move their money to overseas accounts.

Measures could be put in place to combat tax evasion: 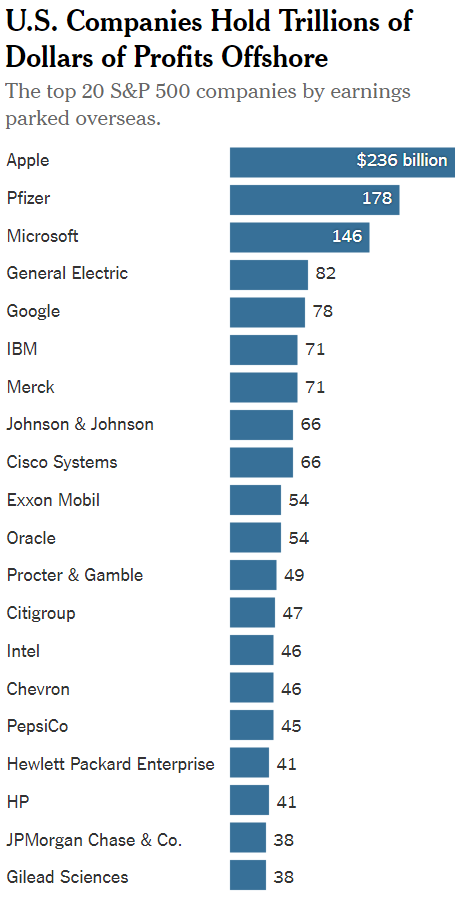 When AI and ESG investing collide in emerging markets